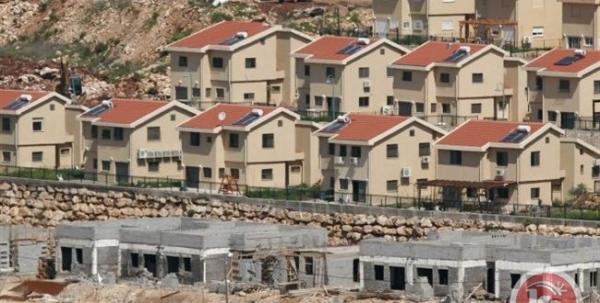 The Hebrew newspaper, Haaretz, revealed today, Thursday, October 14, 2021, that "Israel" plans to promote the construction of thousands of settlement units in different areas of occupied Jerusalem, in an attempt to bring about a major change on the geopolitical map of the region, in a manner that perpetuates the settlement presence in it.

According to the newspaper, The areas of “Givat Hamatos”, a Jewish settlement neighborhood inhabited by Ethiopian Jews, was built on the land of Khirbet Tabalia in the town of Beit Safafa in East Jerusalem, in addition to the area known as E1, an area that includes several settlements built on Palestinian neighborhoods, including Al-Azariya, Abu Dis, Anata, Hizma and others, and the settlement of Pisgat Ze'ev, which is built on the lands of several villages northeast of Jerusalem, and all the areas around these three areas, including the "Atarot" area, "Israel" will promote extensive building plans for the benefit of the Jews there.

The newspaper stated that the so-called “Israeli” local committee in Jerusalem, through initiatives behind the Ministry of Housing, approved yesterday the theft of land in the vicinity of the Givat Hamatos neighborhood for the benefit of these plans, and also agreed to deposit a plan to expand the Pisgat Ze’ev settlement, and next week discussions will begin About the objections to the establishment of a new settlement in the E1 area, and within a month a plan to create a huge ghetto in the Atarot area outside the Green Line will be put up for discussion.

The newspaper said: This grand scheme is taking place with the administration of US President Joe Biden refraining from pressuring “Israel” to freeze settlement construction, at least publicly, given the composition of the “Israeli” government, which could cause such pressures to cause a political crisis.

According to the newspaper; The plans that will be implemented soon in those areas were a red card for the Americans and the international community, and were problematic, especially since one of them related to Givat Hamatos will completely isolate the village of Beit Safafa from the rest of the Palestinian villages in East Jerusalem, and place it between Jewish neighborhoods, while the E1 plan will cut off the West Bank. In the eyes of the international community, this is “many nails in the coffin of the two-state solution,” as it put it.

It pointed out that during the era of Barack Obama's rule of the United States, the former "Israeli" Prime Minister Benjamin Netanyahu prevented the promotion of plans to build thousands of settlement units in the neighborhoods of "Givat Hamatos" and "Har Homa" settlements adjacent to each other, and even during the rule of Donald Trump, she did not rush." Israel" also began to move forward with construction there, and only in February 2020, six days before the third round of the “Israeli” elections,  Netanyahu ordered an acceleration of construction in these neighborhoods.

The newspaper said, “What was seen as an electoral ploy has become a reality, and a few days before Biden was inaugurated as President of the United States, tenders were closed and bulldozers began preliminary work in the Givat Hamatos neighborhood, while the new settlement located in the E1 areas, which is planned to build 3500 settlement units needs to undergo planning procedures, but Naftali Bennett’s government is close to implementing it according to the plan prepared by the Netanyahu government at the end of his term.”

It indicated that there is a widespread construction phenomenon in areas “beyond the Green Line” in Jerusalem and other areas, and yesterday, Wednesday, the construction of 470 settlement units was approved in the settlement of Pisgat Ze’ev, with the aim of expanding the settlement towards the separation wall that separates it from the village of Hizma.

On the sixth of next December, the local committee will discuss the establishment of a huge neighborhood that includes 9,000 housing units in the Jerusalem airport area “Atarot”, which is also a very sensitive area for anyone who still wants to establish a Palestinian state, where the industrial zone of “Atarot” is located, and the abandoned airport next to it between the neighborhoods of Beit Hanina and Kafr Aqab.

The newspaper says that Biden has experience in dealing with the "Israeli" government regarding construction outside the “Green Line”, and during his visit to Israel in 2010 as Obama’s deputy, he published a plan to expand the Ramat Shlomo neighborhood, which at the time angered the Obama administration in an unprecedented way, and Biden felt insulted. When he was on his way to dinner with Netanyahu, and that night he announced that the scheme had been halted after Washington demanded that it stop immediately, and Biden did not arrive for dinner until efforts were made to stop the project.

According to the newspaper, this crisis was the beginning of a long-term freeze on "Israeli" construction in Jerusalem and the West Bank, before it resumed settlement construction activity during the Trump era, noting that at this stage the Biden administration did not exert any similar pressure on “Israel", and the prevailing possibility is that it She did not yet understand that "Israel" is about to make an important change in the geopolitical map of Jerusalem.

The newspaper says, that the task of dividing Jerusalem will remain an impossible task as it was due to the reality of settlement and the city’s need to get rid of new and old plans in order for there to be a consensus in the international community that this is the only reasonable scenario for the future of "Israel" and Palestine.

And it adds, "Promoting three new settlements in which tens of thousands of "Israelis" are expected to live, will make this scenario completely detached from reality, and the international community will have to present another solution, perhaps it will be a binational state or a confederation of some kind, in which millions of "Israelis" and Palestinians live with equal rights, the only reasonable option."