Palestinians participate in the first Arab festival in &#34;Texas&#34; 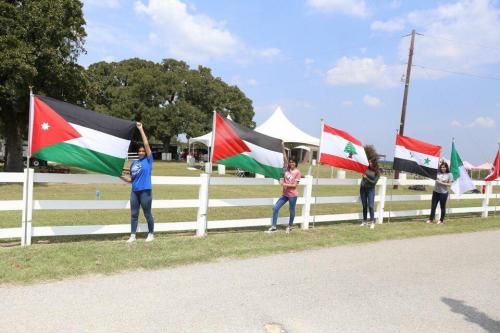 2017-09-15
5 years ago
Under the flags of Arab countries whose communities are located in the US state of Texas, the newly formed Arab American Society for Culture held its first Arab festival in the US city of Mesquite.
The Palestinian community in the state participated in the festival, which was attended by about seven thousand participants from different Arab nationalities, in addition to official American participation.
The words emphasized that the main goal is to unite the efforts of individuals and their involvement in the American political system and the communities in which they live, while preserving the Arab identity and openness to all intellectual and cultural currents.