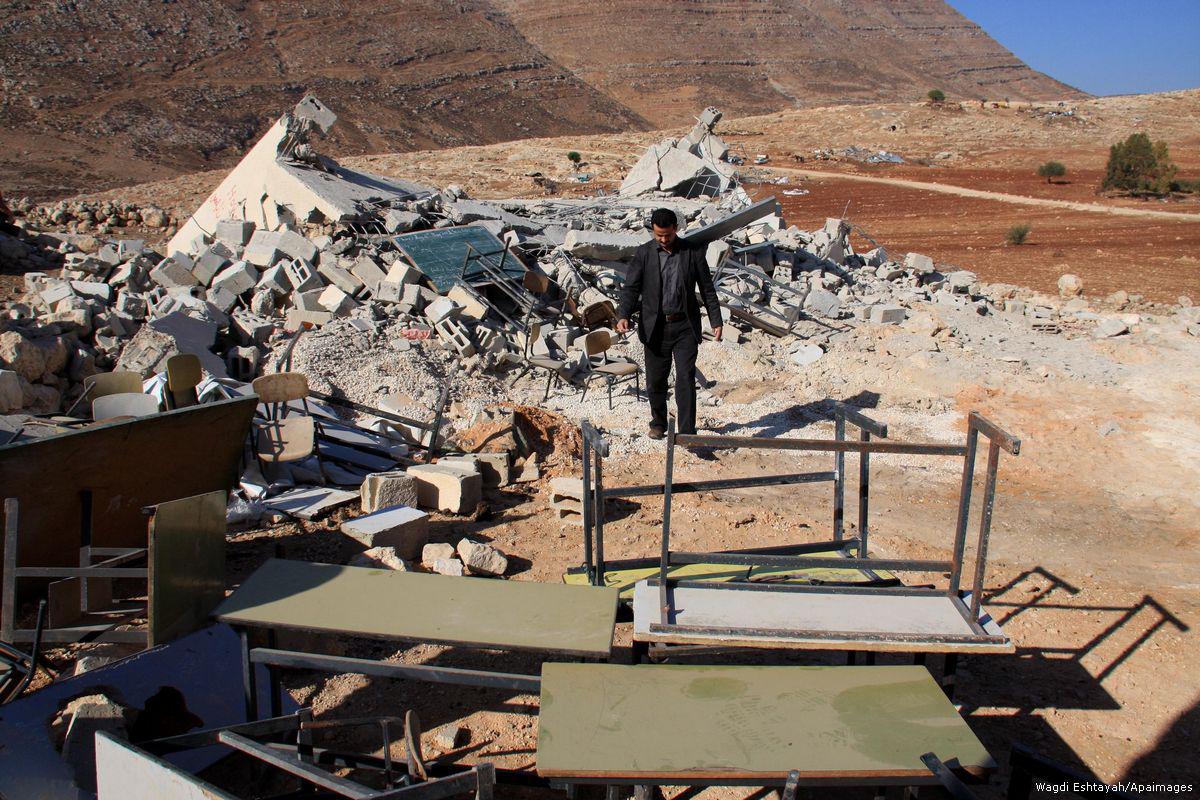 2018-02-06
4 years ago
The United Nation Office for the Coordination of Humanitarian Affairs (OCHA) said Sunday that at least 45 schools in Palestine were facing the threat of destruction by the Israeli authority.

In a released statement, the OCHA acting Coordinator for the occupied Palestinian territories Roberto Valent pointed out that a Palestinian school in East Jerusalem was destroyed by Israeli soldiers, and added: “The demolition was carried out on grounds of lack of Israeli-issued permits, which are nearly impossible to obtain.”

“As in Abu Nuwar, hundreds of children attending one of at least 45 schools in the West Bank (37 in Area C” and 8 in East Jerusalem) with pending demolition orders are living in instability, with the specter of school demolition ever-present, threatening their access to education,” Valent said in the statement.

According to the statement, Israeli soldiers destroyed two class rooms serving 26 Palestinian school children in the Bedouin and refugee community of Abu Nuwar, located in Area C on the outskirts of Jerusalem.

The education of the children at the school was financed by the European Union, it said noting that the demolishing happened without permission.

Valent added: “Abu Nuwar is one of the most vulnerable communities in need of humanitarian assistance in the occupied West Bank. The conditions it faces also represent those of many Palestinian communities, where a combination of Israeli policies and practices –including demolitions and restricted access to basic services, such as education – have created a coercive environment that violates the human rights of residents and generates a risk of forcible transfer. This is the sixth demolition or confiscation incident in Abu Nuwar school by the Israeli authorities since February 2016.”

The 700-persons Abu Nuwar Bedouin community, who are in the area C, refused to leave their villages despite continuous threats and pressures from the Israeli authority.