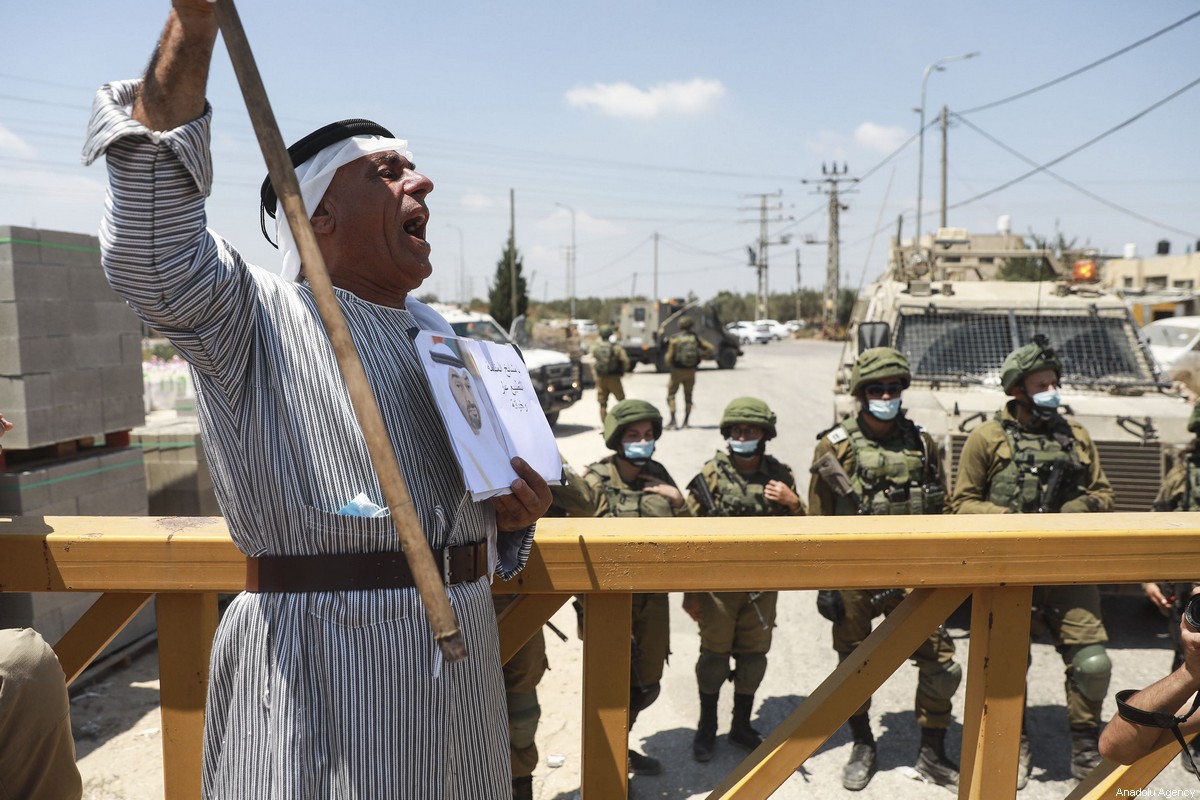 The new songs about peace are being sung, as if the situation in the Middle East has come to a happy conclusion. This is very misleading, as the region is mired in wars and apparently endless conflicts and yet Arab states talk of peace with Israel but do not dare to raise the issue of human rights, justice, dignity and international law. The more “normalisation” that takes place, the more repression, intimidation and injustice we see in those Arab countries which have opted to side with the Israeli occupation state. And the dire situation of the Palestinians gets worse by the day.

US President Donald Trump seems determined to drag these Arab rulers to the “normalisation” project before the end of his first term of office. His acolytes in the region obey him faithfully and listen carefully to the instructions of his son-in-law, Jared Kushner, while Gulf petrodollars help to revive the US economy with major deals that lead to the creation of “jobs, jobs, jobs” for American workers.

Israeli Prime Minister Benjamin Netanyahu, meanwhile, is able to escape from his domestic crises whenever he announces yet another “historic event” or “good news” from an Arab capital. This “normalisation” is not real peace, though, as it means that the Arab countries involved are simply obeying the logic and threat of Israeli and US force; submitting to Israel’s control on the ground; and accepting its strategic position as a colonial state in the heart of the Middle East. This kind of “normalisation” requires the cancellation of previous projects based on “land for peace”, including the 2002 Arab Peace Initiative; in short, it means total surrender.

Indeed, “normalisation” exists in order to perpetuate the occupation of Palestine and reinforce Israel’s political and military hegemony, propped up by Washington. No matter how many songs of peace they sing, the Arab states will never be allowed to get anywhere near this.

Although the UAE leadership has shown a lot of courtesy to the Netanyahu government recently, it has not won the much-coveted F-35 jet fighter contract, because Israel objects to it. The message is clear: Israeli deterrence has to remain, and is being reinforced relentlessly with more weaponry. “Peace” actually means nothing in this regard.

It is noticeable that “normalisation” does not reflect the attitudes of Gulf citizens or the wider Arab masses. Indeed, normalisation for them means yet more repression, suppression of basic freedoms, and the silencing of political opponents. The Gulf States joining the normalisation train do not allow any free and open discussion of the subject, so their citizens can’t exchange honest views on the price to be paid and the obligations that will result from these important moves made by their governments. The latter, of course, are totally unfamiliar with parliamentary scrutiny, independent trade unions or critical opinions in the media.

Any citizens who dare to oppose “normalisation” with the Israeli occupation risk arrest or forced disappearance. Many public figures, community activists, intellectuals, reformers and social media influencers were imprisoned prior to the raising of Israeli flags in Gulf capitals, where security agencies seek to impose comprehensive control through a package of strict laws and coercive measures aimed at intimidating citizens against the free expression of their opinions on social media, and banning any public discussion in this regard. The authorities are pushing support for their policies, including justifications for normalisation with the Israeli occupation, employing large numbers of people around the clock to spread disinformation and challenge critics online.

The situation in Kuwait is completely different from what is happening in other Gulf countries, such as the UAE and Saudi Arabia. The Kuwaiti position is, officially and publicly, still firm in support of the Palestinian cause and rejects the race for normalisation with the Israeli occupation in which other countries are involved. This is undoubtedly due to Kuwait having a relatively vibrant democratic life with freedoms available to citizens and civil society, which provide cover for decision-makers in the face of the external pressures they face to draw them into normalisation with Israel.

Away from the Gulf, Sudan is clearly on the list for normalisation; this was evident when the country’s transitional military commander, Abdel Fattah Al-Burhan, met secretly with Netanyahu in Uganda in February, a move which angered most Sudanese. The government in Khartoum is being blackmailed into normalisation, with the promise of sanctions and suchlike being lifted if it goes ahead. The vultures are circling while the US and its regional allies try to persuade Sudan to normalise relations with the occupation state in exchange for help to ease the stifling economic and political difficulties in the country run by an unelected transitional administration.

However, the crises in Khartoum have become more complicated since the Burhan-Netanyahu meeting while the Arab countries that led the way in normalisation, Egypt and Jordan, have become poorer with chronic economic problems. The promises of prosperity that preceded the signing of their agreements with the Israelis decades ago have not been fulfilled.

Clearly, the Israeli leadership is acting as America’s regional agent, with Netanyahu’s government the gatekeeper to the White House. This looks attractive to Sudan, which wants to be removed from the list of countries “promoting terrorism” and ease its economic crisis. Dictators in other parts of the Middle East, meanwhile, simply want to stay on their thrones even longer, despite the strategic cost for their countries.

This accelerating slide towards the Israeli occupation state is not based on a “culture of peace” as the deceptive propaganda claims, because these capitals are engaged in domestic tyranny and fierce conflicts on many fronts. The fake smiles and handshakes provide a backdrop for the attempts to form a new axis of conflict in the region that gives Israel’s armed forces the status of indomitability on the ruins of the forgotten “Middle East peace process”.

Source: The article is written by Husam Shaker, and it first appeared on the Middle East Monitor, along with the cover photo captioned as: Palestinians gather to stage a protest against the Israel-UAE normalisation deal in the West Bank on 14 August 2020 [Issam Rimawi/Anadolu Agency]