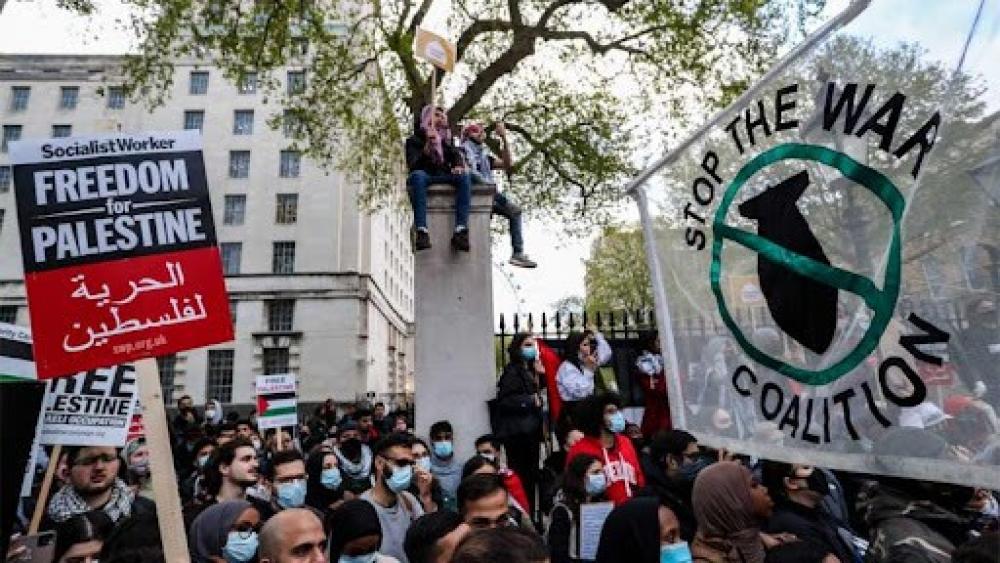 The Teachers Syndicate in Los Angeles, USA, agreed to allocate seminars and electronic rooms to discuss the Palestinian issue.

It is expected that the union will approve, during its meeting todat Thursday, a decision that was agreed upon to allocate seminars and electronic rooms to discuss the Palestinian issue.

This decision came as a compromise in exchange for postponing the union’s vote on a decision to boycott “Israel” and considering it an apartheid state in favor of an alternative proposal that was agreed upon through which the union organizes meetings to discuss the Palestinian issue, and allocates rooms within its web pages to discuss issues related to the grievances of the Palestinian people.

Supporters of the Palestinian right in the union decided to agree to this settlement due to the educational body’s preoccupation with the return of students to school during the “Corona” pandemic, which imposed remote teaching, last year.

The Los Angeles Teachers' Union is the second largest union in the United States, with about 33,000 members affiliated with it.

It was supposed to vote on the decision to boycott "Israel" today, and includes items on support for Palestine and the movement of boycott, divestment and sanctions against "Israel".

The decision will be postponed in favor of an alternative proposal calling for the original proposal to be postponed and voluntary forums on the conflict in the Middle East held instead.

According to language in the alternative proposal, the forums would be "a free space to discuss and discuss issues of the Palestinian-"Israeli" conflict in an atmosphere of tolerance and intellectual rigor and to include pedagogical practices in the classroom." “It was the best compromise we could come up with to preserve union unity,” said union school district union president Scott Mandel, adding that everyone understands how divided over the decision.

The original proposal was submitted last May, and supporters of the resolution accused "Israel"  of committing apartheid and genocide against the Palestinians.

In the face of this decision, supporters of "Israel" in the United States carried out an intense hostile campaign, describing the resolution as "anti-Semitic."

The past months have seen teachers' unions in San Francisco, Seattle, and San Diego take decisions "in support of the BDS movement, and "Israel" is considered an apartheid state."