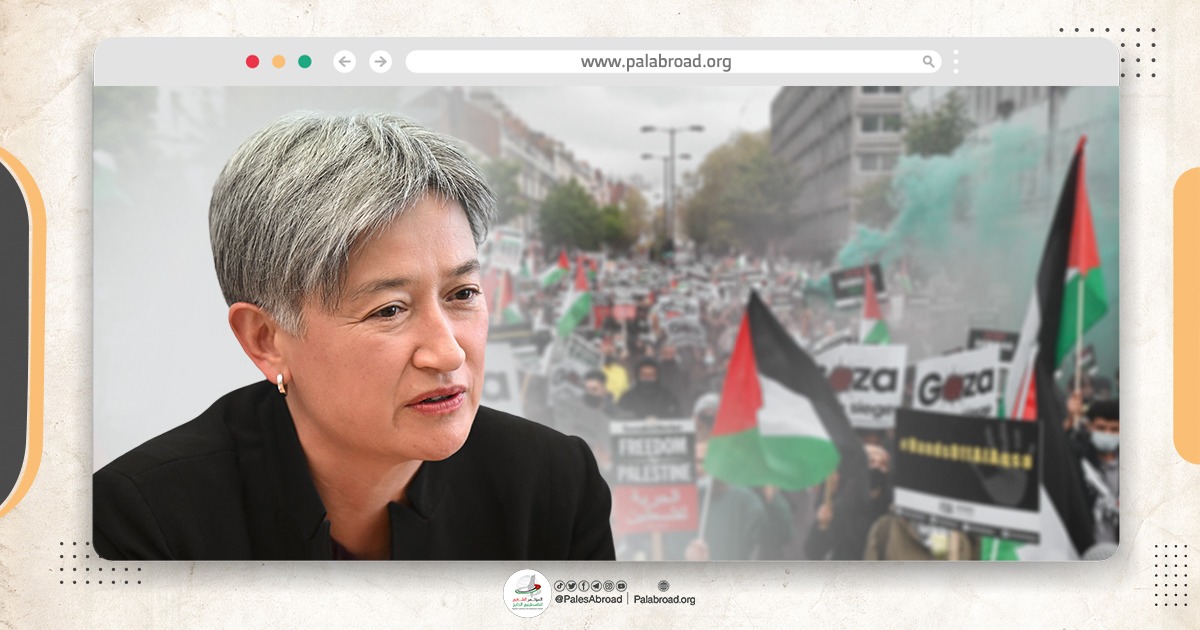 The Australian government, through its Foreign Minister Penny Wong, announced on Tuesday, 18-10-2022, the cancellation of Australia's decision to recognize West Jerusalem as the capital of "Israel", reversing the decision taken by the previous government.

Israeli Prime Minister Yair Lapid also criticized the Australian move, calling it a "hasty response," adding: "We can only hope that the Australian government will deal with other issues more seriously and professionally."

Walid Othman, a member of the General Assembly of Palestinians Abroad, said: "This is a critical event that was done diplomatically by the Australian government, which was won by the Australian Labor Party this year."

Othman added in a special statement to "Palestinians Abroad" that this move reflects a change in Australian policy towards the Zionist entity and shows support for the Palestinian issue.

He explained that the decision to recognize West Jerusalem as the capital of Israel had been made by the Liberal Party, which had ruled Australia in previous years.

"The Liberal Party had suffered a major loss in this year's general election to the Labor Party, which includes a group of Jewish politicians, including the former Australian minister of the Treasury, who was sworn in as minister wearing a Zionist hat, and also lost in his constituency in the last elections and left parliament," Osman said.

Australian Foreign Minister Penny Wong had described the Liberal Government's previous decision to recognize Jerusalem as the capital of the Zionist entity, as a political decision issued for personal purposes.

Labor has vowed to reverse the decision to recognize West Jerusalem as Israel's official capital in case it wins in the election.

Australian Senator Gordon Steele John said: "The Labor Party's decision not to recognize West Jerusalem as the capital of Israel is a welcomed step, but it is just the beginning."

Walid Othman, a member of the General Assembly of PalesAbroad, predicted that Australia will have positive attitudes towards the Palestinian cause in international forums during the coming period.