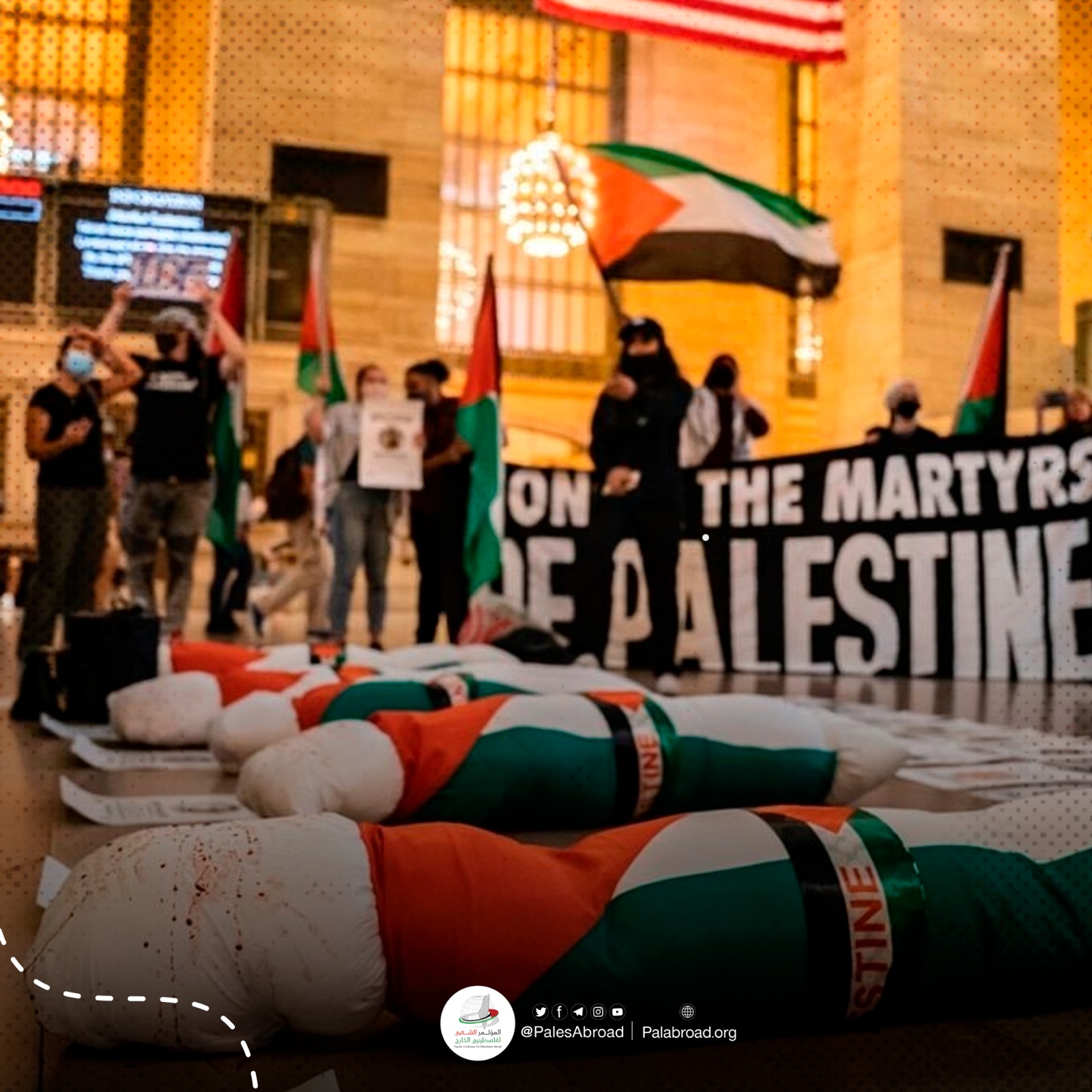 Hundreds of pro-Palestine advocates gathered on Sunday at Grand Central Terminal in New York to protest against "Israel"’s withholding of bodies of Palestinian martyrs, demanding the "Isareli" authorities to return their bodies.

The pro-Palestine activists organized the rally as Palestinian families and human rights defenders marked the National Day for the Recovery of Palestinian and other Arab War Victims’ Bodies and the Disclosure of the Fate of the Missing on August 27.

This annual observance serves to expose not only "Israel"’s policy of withholding Palestinian bodies for leverage in negotiations but also the inhumane detention conditions and systematic medical negligence endured by Palestinian prisoners and detainees in "Israeli" custody.

The rally also aimed at standing against the “ongoing genocide of the Palestinian people, honor the martyrs whose lives are taken on a daily basis,” according to the organizers of the rally.

Since 2015, "Israeli" authorities have been withholding the bodies of 81 Palestinians killed by "Israeli" forces. 254 Palestinian martyrs are buried in "Israeli" military patrolled grave sites, 81 are in police morgues and 68 are disappeared, in violation of the international law.

The Geneva Conventions stresses the necessity of burying the bodies of deceased detainees or those who were killed with respect according to procedures that are appropriate with their religious culture.

On 9 September 2019, the "Israeli" Supreme Court ruled that "Israel" may continue to hold the bodies of Palestinians as bargaining chips.

A rule that marked “the first time in history that a court – anywhere in the world – authorizes state authorities to hold the bodies of individuals under its control, to which international laws governing occupation apply, and to use them as bargaining chips. It undermines the most basic principles of universal humanity, and violates both "Israeli" law and international law”, according to Adalah, the Legal Center for Arab Minority Rights.

“No country in the world allows itself to hold and to use bodies as a political bargaining chip. These practices violate international humanitarian law (IHL) and international human rights law, including the UN Convention against Torture, which absolutely prohibits such cruel, inhuman and degrading treatment,” Adalah said.

The hashtag "ReturnOurChildren" topped social networking sites and many social media activists and pages shared pictures of Palestinian martyrs under the hashtag.