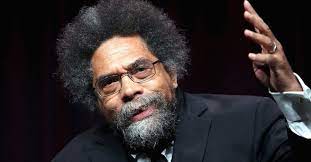 US philosopher and academic Dr. Cornel West has resigned from Harvard University's Divinity School, citing the institution's anti-Palestinian prejudices as one of his reasons for doing so.

In a resignation letter dated June 30 and published on Twitter late yesterday, West said he faced discrimination during the time he worked at the university, including being given a lower salary than when he was first given a tenured position at Harvard, and also being rejected for tenure.

West said that "to witness a faculty enthusiastically support a candidate for tenure then timidly defer to a rejection based on the Harvard administration's hostility to the Palestinian cause was disgusting".

"This kind of narcissistic academic professionalism, cowardly deference to the anti-Palestinian prejudices of the Harvard administration, and indifference to my mother's death constitute an intellectual and spiritual bankruptcy of deep depths."

West, 68, graduated from Harvard and earned a PhD in philosophy from Princeton University, and he has taught at Harvard, Princeton, Yale and Union Theological Seminary over the years.

This is his second departure from Harvard; in 2002 he left the school after a public dispute with Harvard's then-President Lawrence Summers, but rejoined the faculty in 2017.