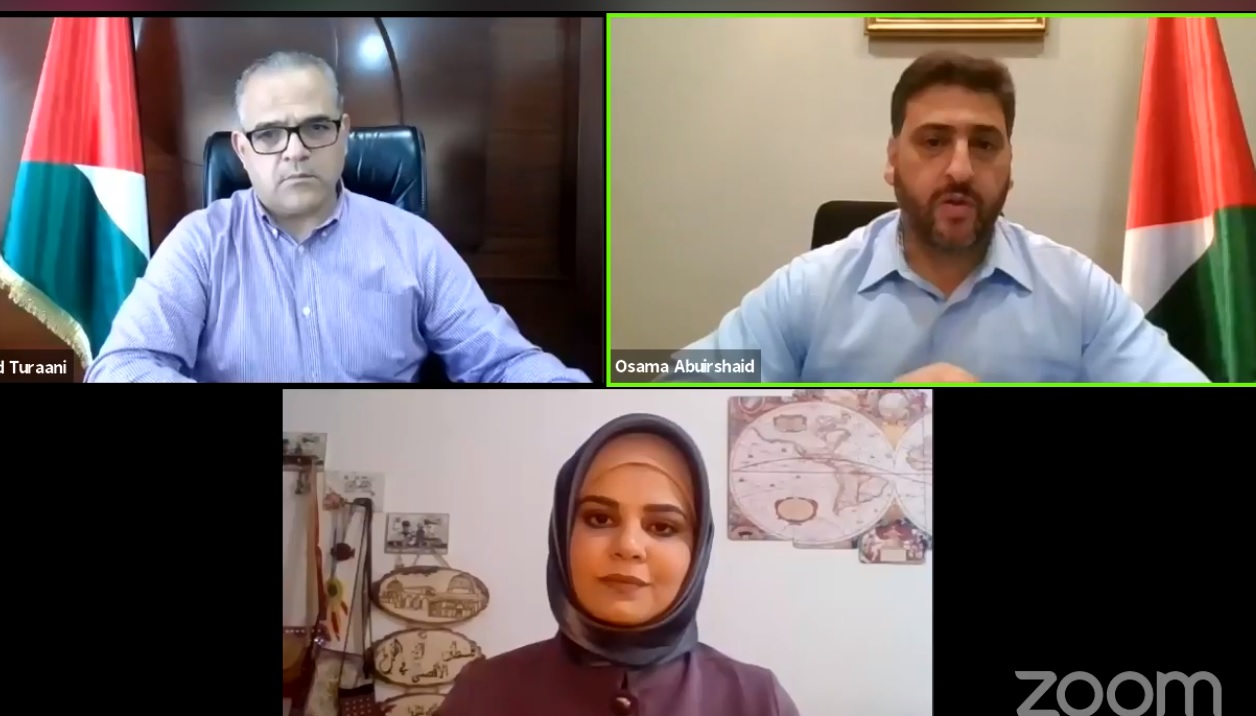 An experts in US affairs and a political analyst agreed that the US policy changes can be used to the advantage of the Palestinian cause.

On Friday, 28 August 2020 - the Popular Conference for Palestinians Abroad (PCPA) held a seminar entitled: “US Elections and Palestinian Cause”. Moderated by the journalist Esraa al-Shaikh, the seminar’s themes were discussed by the political researcher and analyst Osama Abu Rshaid and the expert in US affairs Khalid Turaani.

“Having a weak and anarchic president, the US administration has turned into a channel through which the Zionist agenda passes, aided by personalities that establish loyalty to Israel, such as Kushner, Friedman and Greenblatt.”

In the US, essential changes are taking place on public and partisan levels, Abu Rshaid stressed, listing ratios indicative of these shifts:

“In the US, sympathy for Palestine reached 23%, and more than 30% of young people between the ages of 18 and 34 back Palestinians. Moreover, 70% of US citizens are saying that they want the US to be neutral in dealing with Palestine and Israel.”

Furthermore, Abu Rshaid pointed to a gradual change in the American narrative towards the Palestinian issue, which was politically reflected in the Republican and Democratic parties, as the Republican turned to extreme right and increased support for Israel, while more than 25% of the Democratic Party sympathized with Palestine.

As for the liberals, he said, 35% of them sympathize with the Palestinians, compared to 19% with the Israelis.

Abu Rashid stressed that the main task of the Palestinians in the US is to weaken the current support for "Israel."

On his turn, the expert in US affairs Khaled Turaani explained the developments witnessed by the elections and American policy in dealing with the Palestinian issue. He said:

“Trump hit new highs in his extremism in support of the Israeli occupation, thus complimented the image of his predecessors such as Obama, Clinton and George Bush regarding the Palestinian issue.”

"Previous US policies were seeking some balance in their dealings with Palestine and Israel, but Trump's policy exposed the previous policies and showed that there is no such balance."

“In the first year and a half of his presidency, Trump worked to prepare the Arab region to be responsive to all deals related to the Palestinian issue. This has been achieved in the UAE.”

He indicated that the Arab communities in the US are developing a voting strategy and are determining the states in which they will place their weight to play a role in the decision making process when it comes to the election results.

He called for the necessity of investing in the political changes in the US in favor of the Palestinian cause, saying:

"It is good for Arab communities in the US to invest in changes in American policies in the service of the Palestinian cause."