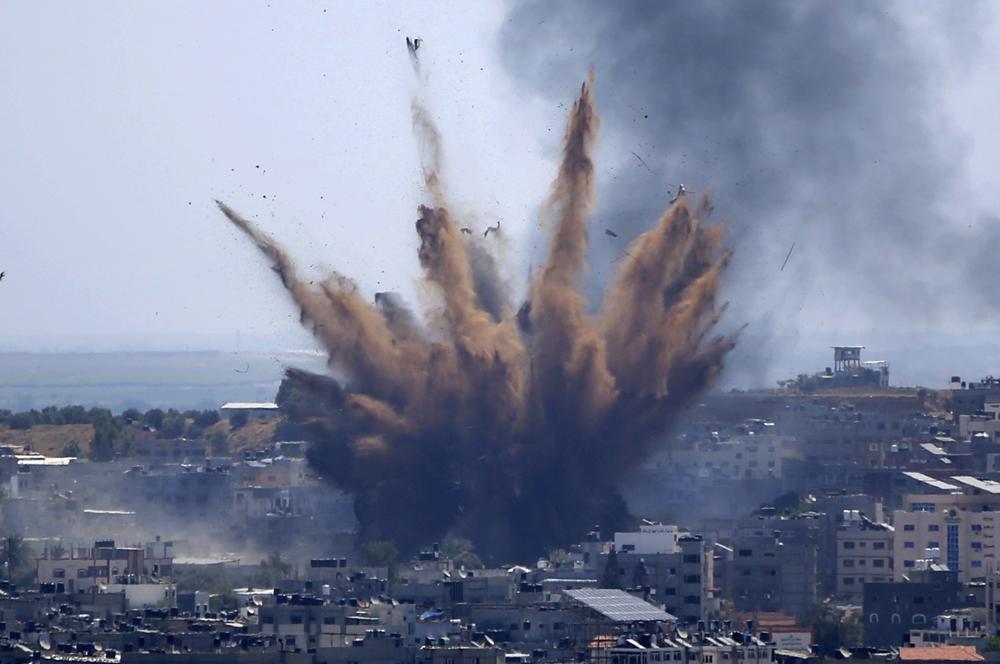 120 organizations from the United States of America, Europe, Palestine and other countries, in an open letter addressed to the states parties to the Arms Trade Treaty, considered the legal consequences for those who export or import weapons to and from "Israel" as partners in the killing of Palestinian civilians, and demanded the imposition of a comprehensive two-way arms embargo "on Israel".

The open letter, published in several languages, called "We in the global coalition of leaders from civil society, academia, art, media, business, political, religious and conscientious people around the world call on states parties to the Arms Trade Treaty (ATT) to act decisively to end "Israel" 's use of arms and military equipment through which serious violations of international humanitarian law and human rights have been committed against Palestinian civilians, demand the imposition of a comprehensive, two-way arms embargo on "Israel" ".

The letter referred to "Israel" 's crimes in the spring of this year, when the "Israeli" forces attacked defenseless Palestinian civilians in the Gaza Strip and the West Bank, including East Jerusalem.

It added that Palestinian civilians, while demonstrating peacefully to protest the colonization of their lands, were shot with live ammunition, rubber-coated metal bullets, sound bombs and tear gas.

The letter considered the recent aggression to be the fourth "Israeli" military aggression against the Palestinian civilian population in the Gaza Strip in a decade.

The message said: Over the course of 11 days, 248 Palestinians were killed, including 66 children, and thousands were injured, and the resounding effects of the use of explosive weapons on hospitals, schools, food security, water, electricity and shelter continue to affect millions.

The letter referred to the systematic brutality, perpetrated during the past seven decades of "Israeli" colonialism, apartheid, illegal belligerent regime, persecution and closure, that was caused only by the complicity of some governments and companies around the world.

It considered that the symbolic expressions of condemnation alone would not put an end to this suffering. “In accordance with the relevant rules of the Arms Trade Treaty, states parties have legal obligations to put an end to the irresponsible and often complicit trade in conventional arms that undermines international peace and security, facilitates the commission of atrocity crimes, and threatens the international legal order.”

The letter explained that under Article 6(3) of the Arms Trade Treaty, “States Parties undertake not to authorize any transfer of conventional arms if they have knowledge at the time of authorization that the arms or materials will be used to commit genocide, crimes against humanity, and serious violations of law. Geneva Conventions of 1949, attacks directed against civilian objects or civilians protected as such, or other war crimes as defined by international conventions to which they are party."

The letter also stated that "under Articles 7 and 11, there is a commitment not to allow any export of conventional arms, ammunition, parts and components that, among other things, would undermine peace and security or be used to commit serious violations of international humanitarian law and human rights law."

The letter considered that arms exports to "Israel" are not in line with these commitments as "Israel" has consistently shown that it uses arms to commit war crimes and crimes against humanity, as documented by countless UN bodies and civil society organizations around the world. Military exports to "Israel" have also enabled, facilitated, and maintained the apartheid regime that "Israel" has imposed on the Palestinian people as a whole for decades.

The letter noted that arms imports from "Israel" do not fully comply with obligations under the Arms Trade Treaty.

The letter accused "Israel" of using the Palestinians as a testing ground for the efficacy of its weapons.

The letter considered that imposing a two-way arms embargo on "Israel" is a legal and moral obligation, and states parties to the Arms Trade Treaty must immediately terminate any current transfers of conventional arms, munitions, parts and components according to the Article 2(1), Article 3 or Article 4 of the Arms Trade Treaty to "Israel", and to prohibit any future transfers to it.

It called on all countries to suspend all transfers of equipment, aid, and munitions to Israel, until a ban on arms imports and exports to and from "Israel" is imposed.

The letter warned against the failure to take these measures, as this would entail a heavy responsibility as a result of the massive suffering of civilians, and more deaths. Also, failure to take action could lead to the invocation of the individual criminal responsibility of individuals of these countries for aiding the commission of war crimes and crimes against humanity in accordance with Article 25(3)(c) of the Rome Statute. Criminal Court.

The letter concluded by saying: Justice will remain elusive as long as the illegal "Israeli" practices, settler colonialism, apartheid regime, oppression and institutional oppression of the Palestinian people are allowed to continue, and as long as states continue to be complicit in the crimes of the occupying power through arms trafficking.